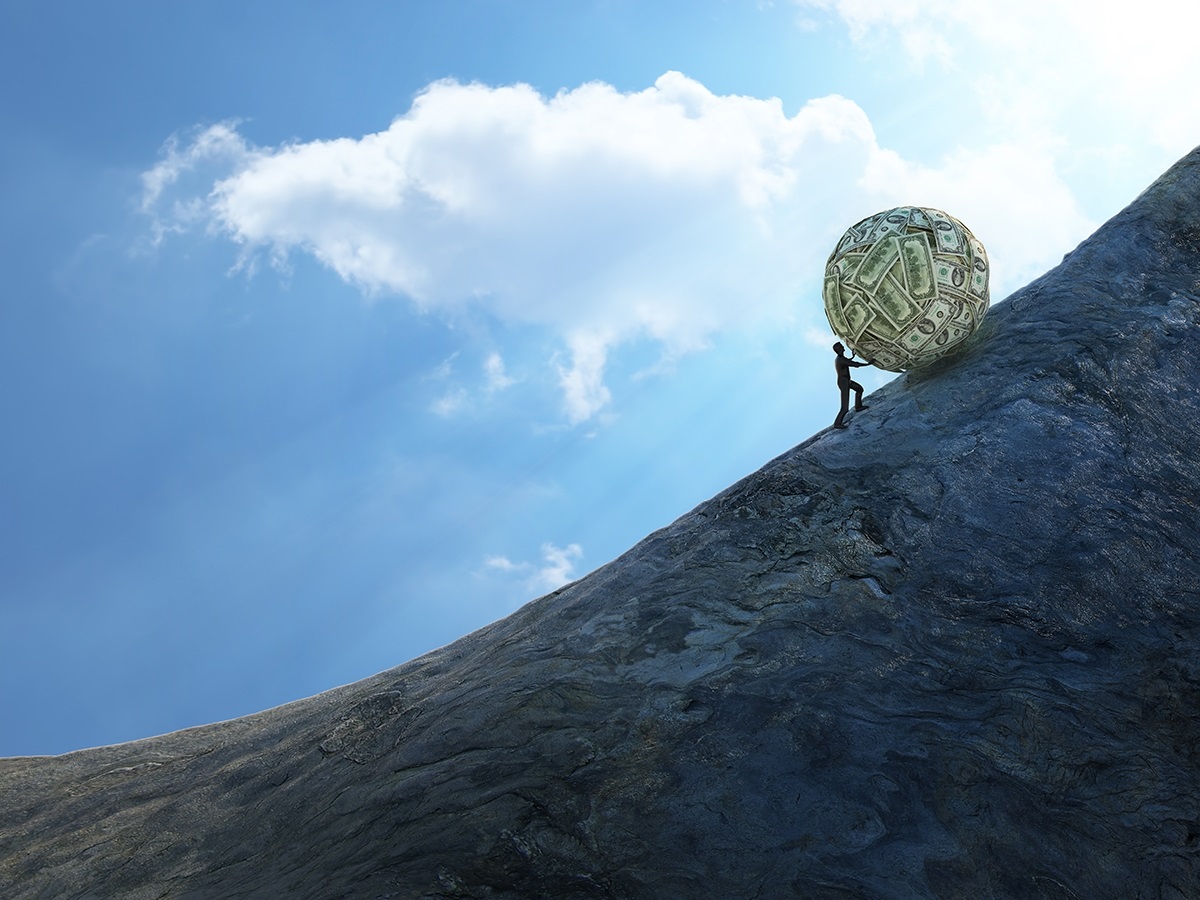 Why are share prices so high and what is an investor to do?

The stock market seems to be hoping for the best rather than planning for the worst. Since we are responsible for people’s financial lives, it is prudent that whilst we continue to hope, we also plan for the worst. Prior to the pandemic, we were concerned about storm clouds gathering on the horizon so we reduced risk and continued to do so as the crisis materialized. As a result, cash positions have accrued as we look for opportunities.

Normally, terrible headlines create terrific investment opportunities. However, not this time: Amidst a tragic pandemic, with the nation’s streets awash with the red ink of a financial catastrophe, the markets are higher than at the start of 2019, and way higher than before President Trump introduced his tax cuts. Warren Buffet has a lot of cash on his balance sheet, indicating he is not finding bargains at these levels either.

So, what is going on? Stock prices have been pushed ever higher by the tidal wave of government money coming out of Washington. Moreover, optimistic investors believe the virus is waning and business will soon be back to normal. This has reinforced such investors Pavlovian belief that any dip constitutes a bargain buying opportunity rather than a risk-adjusted reflection of reality. In addition, seasonal retirement contributions are pouring in before the tax deadline creating upward price momentum. The U.S. has some amazing companies, but they have become increasingly expensive as investors flock to the same side of the ship. There are legacy companies that are bargains but, as J.C. Penney has just shown, they may make dangerous investments.

Riskier areas of the bond market have become cheaper, but they are, well, riskier. And even the safest bonds dramatically fell during March’s market sell-off.

Wall Street is a perennial Pollyanna and always advises investors that stock markets climb a wall of worry. Whilst this may often be true; we think it is important to be honest and admit this time may be different: We are facing 15%-30% unemployment, depression-era declines in output, 30% budget deficits, states and municipalities potentially facing insolvency, malls moribund, restaurants closed, travel grounded, oil imploding, landlords unpaid, AirBnB hosts empty, Boeing on its knees, Uber firing its workforce, and the federal reserve buying the debt of over-indebted companies to save them. In another time, any one of these might cause a significant, and lasting, market correction.

Remember the Greek Drama of Grexit? Now COVID-19 is driving a wedge between the fiscally prudent North and the highly indebted South and the whole of Europe may be coming apart at the seams (as the brilliant economist Roger Bootle predicted in his book The Trouble with Europe.) German taxpayers, unwilling to bail out tiny Greece will struggle to forgive the larger debt of Italy, Spain, and France. The chief of the European Central Bank, Christine Lagarde, has stated Europe is heading into the worst recession of our lifetime.

As Germany has done to Southern Europe, China has done to us. Since we had little they wanted, China has driven global growth by lending us the money to buy their goods. Will China finally realize we cannot afford more and can never repay the debt we owe? COVID-19 has brought such fragilities into sharp relief as our deficit skyrockets.

With all this doom and gloom, is there any hope?

Yes. The Federal Reserve has enormous power to push asset prices still higher and the Fed is “printing money” faster than at any time in its history, five times faster than during the worst quarter of the Great Recession. (When the Fed prints more money, this tends to push all prices higher, including stock prices.) And indeed, one of the preeminent private equity funds, Silver Lake Partners has made several major investments during this troubled period. Likewise, Ray Dalio, the eponymous founder of the legendary hedge fund Bridgewater Assoc, states in his book Big Debt that he got a humiliating lesson at the beginning of the 1980’s when he thought, as now, the world was going to end, but the Federal Reserve lowered interest rates, printed money, and instead of a debt Armageddon, Mr. Dalio missed the buying opportunity of a life time.

Back then US Federal Debt seemed insurmountably high equivalent to 30% of Gross Domestic Product (US annual production), but debt has gone ever higher over the four decades since, and this year it will leap from 70% to over 100% of GDP. And still the debt Armageddon has held off. Indeed, Japan with debt at 200% of GDP shines a forlorn beacon of hope. Japan has negative interest rates. This means investors pay for the privilege of lending to this over indebted nation. Will that be us? Or will the Fed successfully inflate our way out of such a future, and still avoid the opposing devastating peril, hyperinflation? As the debt grows without consequence, it reminds me of a man jumping off a one hundred story building and thinking all seems fine as he passes the 99th floor.

Yes, I believe in America. More than that, I believe in mankind’s resilience to come back from plagues, wars and fires. In 1666 ninety percent of London, burned to the ground. What rose from the ashes became one the greatest cities in the world. So, whilst it may seem that there is no light at the end of this tunnel, history is on the side of resiliency and elasticity.

However, overcoming such catastrophes can take time. Current stock market valuations seem to suggest that COVID-19 is no more of a threat than a summer shower.  I disagree. We are potentially heading into one of the worst financial events of our lifetimes. It may cause a sharp, sustained decrease in demand, and a realigning of the world. And you better be prepared for it.

We are striving to be prudent in navigating these unchartered waters to protect our clients. When the time comes, and it can happen fast, investors will be able to put money back to work at much more reasonable values. It will still be scary. But it will be worth doing, because whatever we are facing will not extinguish the flame of human ingenuity. I believe we will return to a golden age of technological innovation and human invention, that once again will power us forward and continue to lift millions out of poverty. Please reach out to us if you need help navigating, or just want a chat.