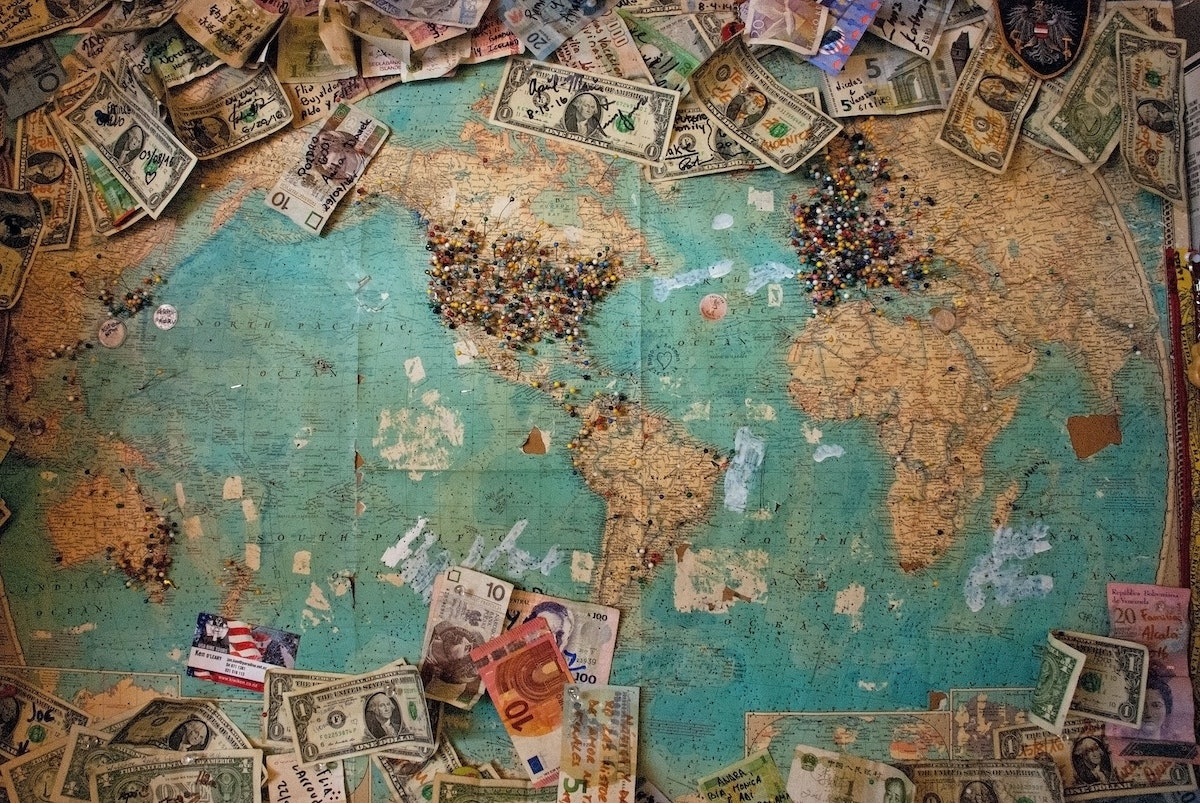 If you’re planning on moving abroad, you may encounter some of these financial challenges.

Moving abroad can be a thrilling life change full of adventure and excitement, but it can also bring with it a plethora of challenges – especially financial. If you’re planning on moving abroad, whether for work, school, or to try something new, you’re not alone. Around nine million Americans live abroad, and thousands more join them each year.

With all of the things you have to juggle as you plan to move abroad, it’s important to make sure you take time to get your finances in order. Due to American and foreign rules which are designed to limit or regulate international financial activity, moving abroad can have a significant impact on your finances. In particular, these laws and rules can affect your investments, banking, and retirement plans.

In order to help you prepare for your move, here are five of the most common financial challenges that affect U.S. citizens who move abroad.

As a U.S. citizen, it may be difficult to find a bank or brokerage firm in your new country of residence.

In order to prevent offshore tax evasion, in 2010 the U.S. government passed the Foreign Account Tax Compliance Act (FACTA) which requires foreign banks and investment firms to report any of their American account holders’ details to the IRS. While most foreign financial firms are complying with FACTA, some institutions have decided not to take on American clients in order to avoid the burden of reporting. This means that some U.S. ex-pats will find themselves stuck in a tricky position if the firms they use here in the United States won’t accept a foreign address and foreign banks won’t accept Americans.

With proper planning, there are ways to keep from finding yourself in this position. One way is to open an account at a U.S. firm that has foreign branches before your move. Or you could maintain a U.S. correspondence address, though keep in mind that this option may bring with it implications when it comes to state income taxes and other liabilities.

Your U.S. brokerage firm or bank may no longer want to deal with you.

Due to the fact that some foreign countries, including all EU countries, regulate the way financial services are presented and sold to residents in those countries, many U.S. banks and brokerage firms can be reluctant to keep clients who have a foreign residential address. They don’t want to be seen as breaking local laws in other countries or find themselves the recipient of any lawsuits.

Because of this, it’s always a good idea to call your financial firms before your move and ask them “What would happen if I moved to ____?” Don’t forget to look into whether your U.S. residential mortgages will be affected as well, it’s best to look into these matters before you move rather than after.

Finding the best way to convert and transfer money across borders.

Most Americans who live abroad will, at some point, find themselves in the position of having to transfer money to and from the U.S., or in-between other countries. However, most U.S. and foreign banks charge high rates for this service; or sometimes they claim to have no fees for this service but will then give a poor exchange rate in order to make money by converting internally at a much better rate. This kind of policy could cause you to lose up to 7% of your funds.

Luckily, there are some new companies that act as intermediaries that allow money to be converted and sent across borders at a relatively low cost, such as TransferWise, OFX, and Xoom.

Many Americans have accounts such as Roth IRAs incorporated into their retirement savings plans because they protect retirement income from being taxed. Before moving abroad, make sure you look to see if this benefit is available in the country you’re moving to. Unless explicitly stated in the tax treaty, this benefit isn’t extended to other countries’ tax systems, so your retirement income may be taxable in your new country of residence.

Any contributions you make to your traditional IRAs or 401k plans may also be taxable in a foreign country. Similarly, contributions and distributions made to foreign retirement plans with tax benefits in another country may be subject to U.S. tax unless explicitly exempt under a tax treaty.

Furthermore, Americans living abroad should be particularly cautious of investing in non-US mutual funds, even if they look attractive. These funds are considered to be Passive Foreign Investment Companies (PFICs) by the IRS so they’re often subject to complex U.S. tax reporting requirements.

Tax law is extremely complicated, even more so when it involves multiple country’s tax laws. In the US taxes are based on citizenship, so American citizens living abroad will have to keep filing federal taxes with the U.S. while also potentially filing foreign taxes, and depending on the state, U.S. state taxes as well. Depending on their situation, most U.S. ex-pats file additional IRS forms to claim tax credits or exclusions to avoid paying taxes to two countries.

One potential benefit is that the U.S. has tax treaties with over 60 other countries which often define how U.S. investments are taxed in the other country, which may be at a preferable rate. It’s important to remember, however, that these treaties don’t allow Americans living abroad to avoid filing U.S. tax forms.

When it comes to building your tax plan, a Certified Public Accountant in the States may not know the nuances of U.S. tax filing for ex-pats, so it’s smart to consult with an expat tax services provider. It’s essential for your tax advisor to have a strong familiarity with cross border reporting, filing, tax treaties, and the interaction of different tax systems so that you can make the best decisions for yourself.

Despite all these obstacles, moving abroad can still be an incredibly rewarding life change, it just takes some research and deliberate planning. One of the best ways to be sure that you’re making the most of your finances is to seek guidance from specialist ex-pat financial and tax advisors.

If you’re finding yourself in the position of preparing to move abroad, our expertise in cross-border financial planning here at WellAcre could help you conquer your foreign financial and tax plans. Contact us today if you’d like some help constructing a financial plan that accomplishes your goals and sets you up for future financial success.